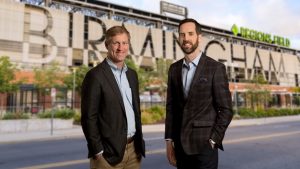 Bill represents clients in the leasing and brokerage of retail properties. Additionally, he negotiates leases and purchase contracts, assesses property, and handles market and trade area analysis. Some of his current and past clients include: Walmart, Save a Lot, Associated Grocers of the South, Planet Fitness, Piggly Wiggly, Panera Bread, Palm Beach Tan, CiCi’s Pizza, Cellular Sales, Hibbett Sports and many more. Bill earned the coveted Certified Commercial Investment Member (CCIM) designation from the CCIM Institute in 2008, and he currently serves on the Executive Committee as the Alabama CCIM Chapter’s Vice President. Bill is a past recipient of the Birmingham Business Journal’s Top 40 Under 40 award.  He is also a member of the International Council of Shopping Centers (ICSC) and the Birmingham Association of Realtors.

Bill has been a Big Brother through Big Brothers Big Sisters for over sixteen years and serves as President on their Board of Directors. The thought at the time was to give back to others in need, but it is he who has benefited much more from his involvement. Although his little brother has aged out of the program, he and Bill remain close and he is and always will be a part of their family.  In addition, Bill supports children’s medical needs as a member of the Monday Morning Quarterback Club (MMQBC) and serves on their Board of Directors as well  (A self-professed hoops guy, the mission of the MMQBC proves more important than hearing the speakers.)

He is an active member of St. Luke’s Episcopal Church where he mostly enjoys the pastor’s Sunday school class over singing. He is not a good singer.

He was born and raised in Montgomery to a great mom, two sisters, and a dad who worked in wealth management which fuels his interest in the stock market and economy as a whole.  He is a graduate of the University of Mississippi where he remains certain they will create a bike path from the taverns in his honor as he was known for cycling home to avoid trouble.  Before his career in commercial real estate, Bill served as an officer in the United States Air Force with a focus on cost, schedule, performance, and testing of weapon systems; primarily the Joint Direct Attached Munition (JDAM).

Bill continues to coach youth basketball and Lacrosse.  While his coaching abilities are allegedly solid for the grade school level; His record makes it clear real estate should remain his primary vocation.

Exercising is a daily necessity to keep the stress level manageable.  Even though running and swimming times continue a slightly negative trend, Bill is not concerned.  He believes there will be a resurgence in a few years.  Bill has picked the guitar back up and plans to purchase a new acoustic six-string.  An inherited trait of analysis-paralysis has overtaken him but he will surely show up at some point this year with a mean new ‘axe’.  If you see him at multiple grocery stores throughout a given day, it’s ok.  He is picky about where he purchases certain items.

Bill unintentionally zones out when people become long-winded.  On video teleconferences, he finds himself performing several different tasks with no knowledge of how the call has progressed.  Some refer to this as ADHD.  If an e-mail is not short and to the point, it is often unread.  His endeavor to keep things simple remains robust and a priority.  He will not yield this philosophy. 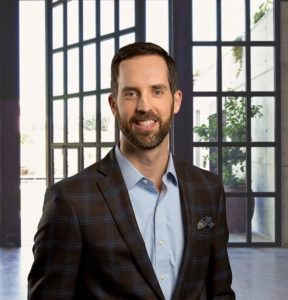 Brooks wears a number of different hats each day getting to see all sides of the industry first-hand.  He represents clients in the leasing and brokerage of retail properties around the Southeast, but specifically in Alabama, Mississippi, Georgia, Louisiana, and the Florida panhandle. He has worked on all facets of transactions for various clients ranging from multinational corporations to small entrepreneurs to federal and local governments. Brooks has assisted some of the most well-known tenants in the United States with their expansion into new markets in the Southeast.

He has a passion for advising his clients with income-producing real estate. His focus is to guide developers and private investors through the acquisition and disposition process of income-producing properties and shopping centers throughout the United States. With years of national real estate experience, he has been involved in the sourcing and acquisition of hundreds of retail properties. He likes to get involved as early in the process as possible and advise by maintaining a high level of attention and service throughout the transaction process – from the initial underwriting and creation of the pricing strategy, to closing, and then to the lease up/stabilization/etc. thereafter.  His focus on working directly with tenants and leasing agents in the redevelopment and stabilization of assets and has a proven track record of driving results and improving the NOI within a portfolio.

Additionally, Brooks has developed ground-up properties and overseen the development process for retail build-to-suits.  He has also provided his expertise in settling property disputes though expert analysis and expert witness testimony.

Brooks earned his CCIM designation in 2011 and currently serves on the Board of Directors as President for the Alabama CCIM Chapter.  Brooks was awarded the recognition of the Birmingham Business Journal’s Top 40 Under 40 in 2023.  He is also a member of the International Council of Shopping Centers (ICSC) and the Birmingham Association of Realtors.

Brooks is an active member of Redeemer Community Church where he and his family sign up to the philosophy “live life full-throttle while serving others;” and they’re all in.  Brooks and his wife are both natives of Birmingham, and have three children.  They have combined their love of travel with serving others from China to South Africa and many locations in between.  Brooks serves on the board of directors for Unbound Grace, a Birmingham-based recovery ministry guiding men and women out of the wilderness of addiction and into the garden of God’s flourishing life. He has served as a one-on-one mentor through The Aspire Movement which matches role models with urban youth.  And he has been deeply involved with Cornerstone Schools of Alabama, a private, Christian school in inner city Birmingham having previously served as the Chairman of the Junior Board and sat on the Board of Directors.

Brooks was born and raised in Birmingham and has had real estate running in his blood his entire life via his father’s lifelong career in commercial real estate.
He is a graduate of Furman University in Greenville, South Carolina, where he was a legend not only in his own mind, but several others that cannot be named at this time.

The Corr Family continues to grow with a new son bringing the total to three children. “The days are long but the years are short” as they say. The youngest dietary activities have progressed from bottles to solids and every step forward counts. Hobbies and self-indulgence remain in the back of the bus for now. Fear not though, all great planners keep a list of unsettled scores and Brooks is no exception. A few golf matches, swim times, and basketball league games will eventually be remedied. Let no man rest easily on their accolades as all records are meant to be broken.  Brooks remains focused on the idea of mastering snow skiing which he self-professes to be accomplished even though he only skis three days a year. His culinary skills, weekend nap management, and home improvement list, have continued to advance. He aims to find a niche that will serve as an avenue to an Olympic sport and believes curling could be the answer.

Brooks does not like it when shoppers open the glass doors in the freezer section of the grocery store without knowing exactly what they are looking for. For the love, preview through the glass, then open the door and pick the item. Otherwise, the door becomes smoked over for everyone else. Brooks believes if the client is served, the rest will take care of itself; it’s that simple.

Real Estate is Our Passion.